A digital bank for the world

To respond to the needs expressed by our community, Argentas aims at building a digital bank for the world, bridging the digital and physical economies. 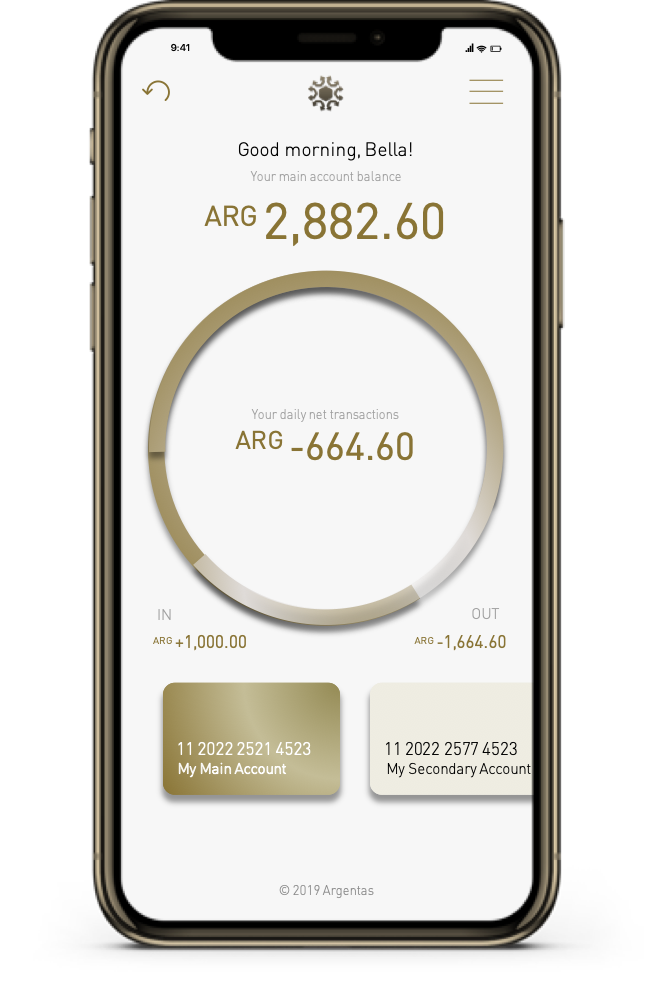 Elegant interfaces you'll love to use

The Argentas financial technology will be available for the end user via sleek and elegant mobile and desktop interfaces. The functionalities of the future platform will be all available anywhere, anytime - at your fingertips in the most convenient manner.

You will be able to run everything - payments, transfers, accounts etc. via these user applications. And the best thing will be that all the core accounts, payments and cards will be free and in real time. And they will not just be mere accounts, payments, cards or so - this will be your new digital companion, tailored to your mobile and often international lifestyle.

Leave the old world behind and enter the future of financial services, enabled by advanced technologies. A whole new world awaits with Argentas, smoothly bridging the digital and physical realms.

Bridging the digital with the physical

To ensure continuous access to digital and physical assets and the ability to use them for payments anywhere anytime, there will be a collection of payment card products enabling smooth global payments, wherever Argentas' future proprietary payment network is not accessible. 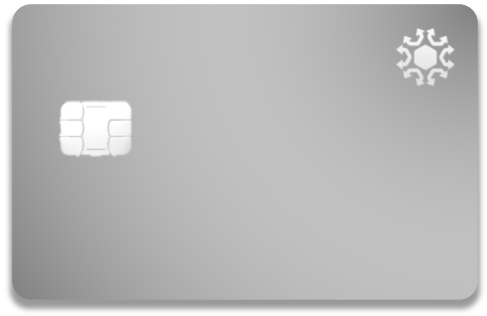 The digital bridge bank entity will be an advanced Fintech bank that help connect the digital and the traditional economies.

Traditional banks are badly equipped to serve the digital economy including the 'crypto economy'. They have often hostile attitude, amplified by regulators. All this is often caused by ignorance and lack of understanding. Digital economy represents the future and it must be served. When it succeeds, everyone is better off. Digital banks bridging that gap are essential.

Many so-called Fintech banks are nothing more than sleek interfaces running on the infrastructure of the past including the same old credit cards and payment networks. While it is necessary to have such elements still today to be able have a comprehensive offering, the Argentas Platform will feature blockchain-driven open payment network with its native digital currency to make Argentas a pure-blood Fintech operation and make it eventually entirely independent of the old-world financial infrastructure. This is unique among so-called Fintech banks. Connecting the bank platform with the blockchain network and digital currency completes the evolutionary cycle.

The bridge banks will run on the Argentas Operating System (AOS). The objective of AOS is to eventually become as automated and as autonomous as possible, minimizing human intervention to the extent possible, including human error. Based on data to be gathered in live production, AOS will include an increasing number of algorithms to develop artificial intelligence in its operation. This will help maximize the operating efficiency of the banking operations towards their long-term goal of autonomous financial organizations (AFO) that may ultimately be entirely decentralized (DAFO) in the very long run.

The pre-production prototype of the system exists and the live production version can be implemented in a matter of months, when such entities are launched. The creators of the Argentas Project have successfully built and launched such systems and operations before, so this is not a 'trial and error' project for them but the most advanced implementation of expertise that has been tried and tested already in most demanding circumstances.

The Argentas Platform has been conceived to provide a superior service and user experience to its end users. This entails minimal, sleek and functional design, which could perhaps be well described as the 'Apple of banking'. Latest technological advances are combined with the speed, ease and simplicity of use.

With or without blockchain

A key feature of the Argentas Platform is that it is like a hybrid car - the bridge bank entities can operate with or without the related blockchain-based payment network and currency or with them, and the other way around: the blockchain network can bridge with any entity through its interfaces, or operate on its own.

Read more about digital crypto banking from the whitepaper and the presentation.

Bridging the gap between digital and physical economies. Boosting the growth of the digital realm.